President of the European Commission from 2004 until 2014 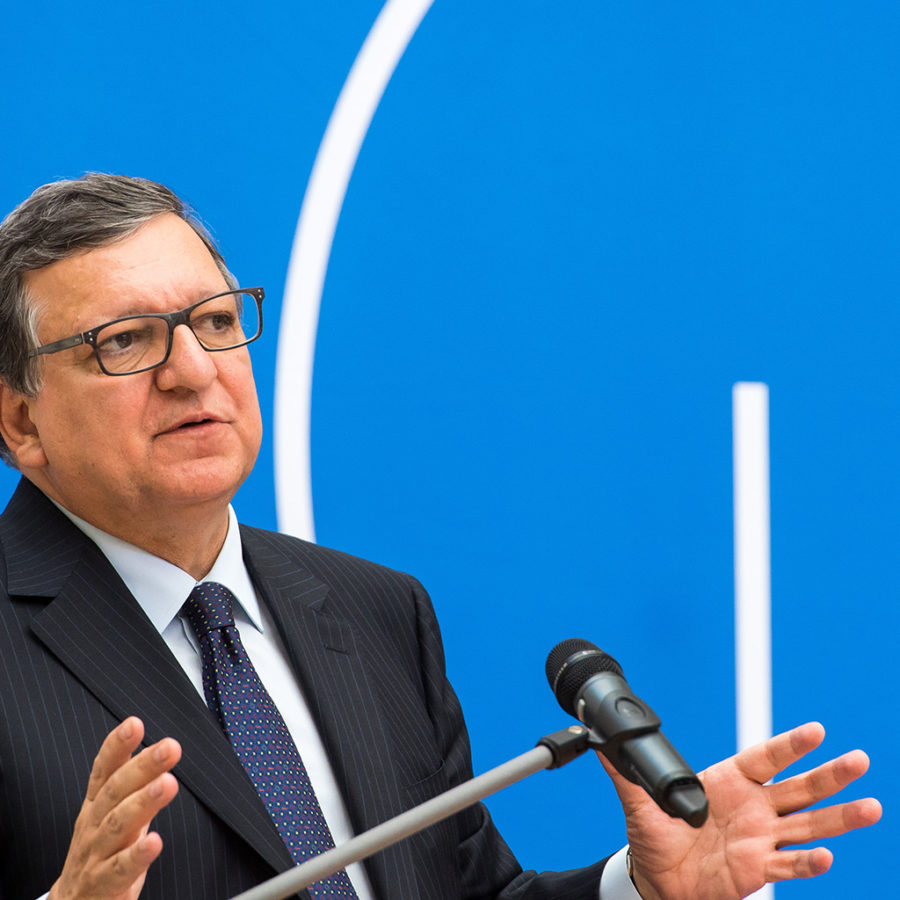 In July 2017, Mr. Barroso outlined the challenges facing the European Union in the coming years in his presentation European Politics and Governance in Challenging Times. “The European Union is a community of values – like freedom, democracy, human rights and we need to promote these values” said Barroso. The former EU Commission President sees the cooperation between Germany and a self-confident France as an indispensable prerequisite for further advancing European values and culture. Solidarity and a sense of responsibility are key values for strengthening cohesion within Europe.

José Manuel D. Barroso was President of the European Commission from 2004 until 2014. Before that, he served for two years as the Prime Minister of Portugal and was the leader of the Portuguese Social Democratic Party from 1999 to 2004. Barroso has held Visiting Professorships at Princeton and Georgetown University and in 2015 was named Director of the Center for European Studies at the Catholic University of Portugal. He had already worked as a political scientist before beginning his career as a politician.

Back to Munich Talks
Go to Top
Scroll Up