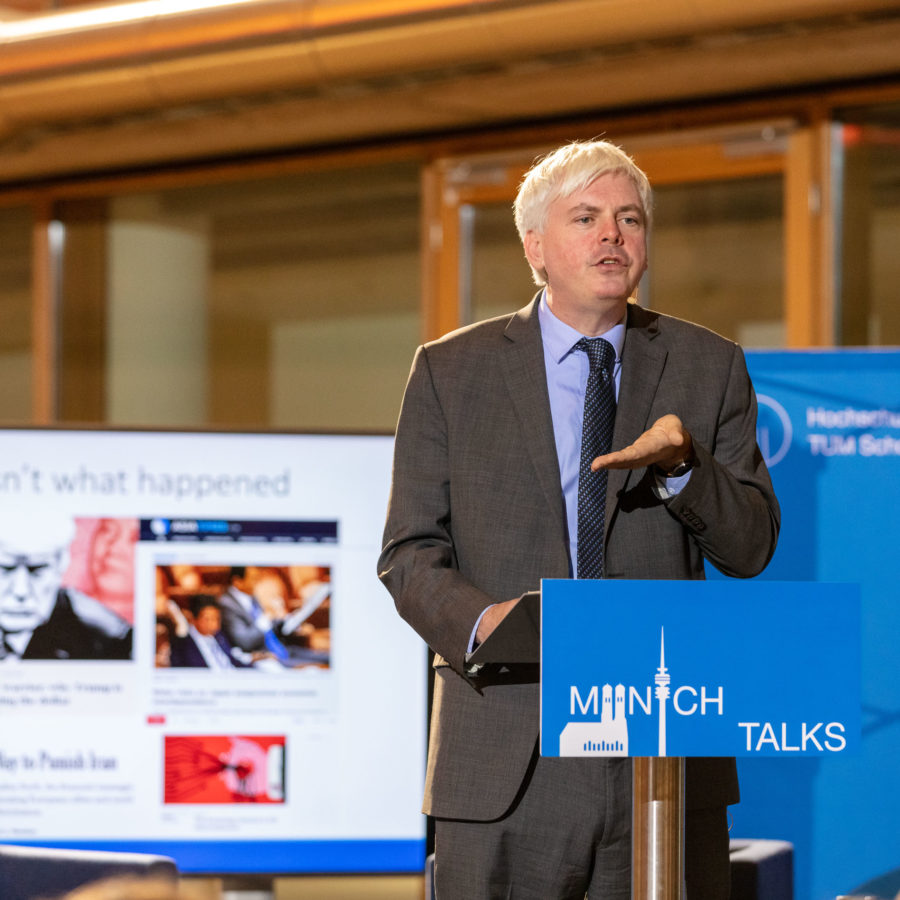 Henry Farrell is part of a new generation of political scientists whose theories aim to bring about a better understanding of the political consequences of rapid technological change. His recently published study „Weaponized Interdependence“ (with Abraham L. Newman) gained considerable attention. It shows how powerful states leverage the dependencies of other states on technologies or other products in political conflicts. An example is the US government order prohibiting US companies from trading communications technology with foreign entities deemed a national security risk. The ban actually targeted Chinese companies. Contrary to long-standing belief, the networks resulting from globalization do not necessarily reduce the power of the state according to Farrell’s theory. Instead states use the links in these networks to exert influence on specific targets.

Henry Farrell is professor of Political Science and International Affairs at George Washington University. He works on a variety of topics, including democracy, the politics of the internet and international and comparative political economy. He has written articles and book chapters as well as two books, The Political Economy of Trust: Interests, Institutions and Inter-Firm Cooperation, published by Cambridge University Press, and (with Abraham Newman) Of Privacy and Power: The Transatlantic Struggle over Freedom and Security (Princeton University Press). Henry Farrell is the recipient of the Friedrich Schiedel-Prize for Politics and Technology 2019.