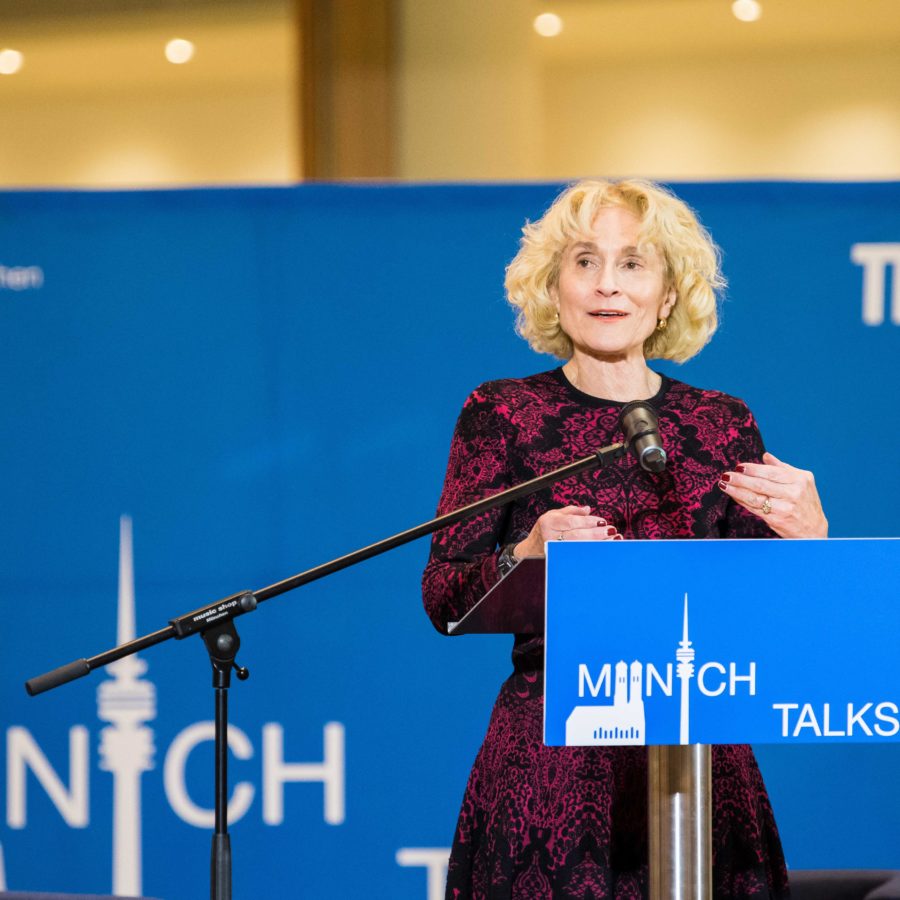 Fears of many kinds have unsettled today’s democracies and fueled the rise of populism. One key area in which we see this happening is gender relations, where resistance to women’s increasing outspokenness in politics, employment, and the home often takes an ugly form. In her Munich Talk, Martha Nussbaum examines the roots of today’s misogyny, arguing that it has its roots in fear, but through three different intermediate emotions, all rooted in fear: anger, envy, and disgust. Martha C. Nussbaum is the Ernst Freund Distinguished Service Professor of Law and Ethics at The University of Chicago’s Law School and Philosophy Department. She has taught at Harvard University, Brown University, and Oxford University. From 1986 to 1993, she was a research advisor at the World Institute for Development Economics Research, Helsinki, a part of the United Nations University. She has received honorary degrees from sixty colleges and universities around the world, is a member of several academies, and has received numerous prizes and awards. She is an Academician in the Academy of Finland, a Fellow of the British Academy, and a member of the American Academy of Arts and Sciences and the American Philosophical Society.

Back to Munich Talks
Go to Top
Scroll Up
Cookie-Zustimmung verwalten
We use cookies and other tracking technologies to improve your browsing experience on our website, to analyze our website traffic, and to understand where our visitors are coming from. By browsing our website, you consent to our use of cookies and other tracking technologies.
Optionen verwalten Dienste verwalten Anbieter verwalten Lese mehr über diese Zwecke
Einstellungen anzeigen
{title} {title} {title}